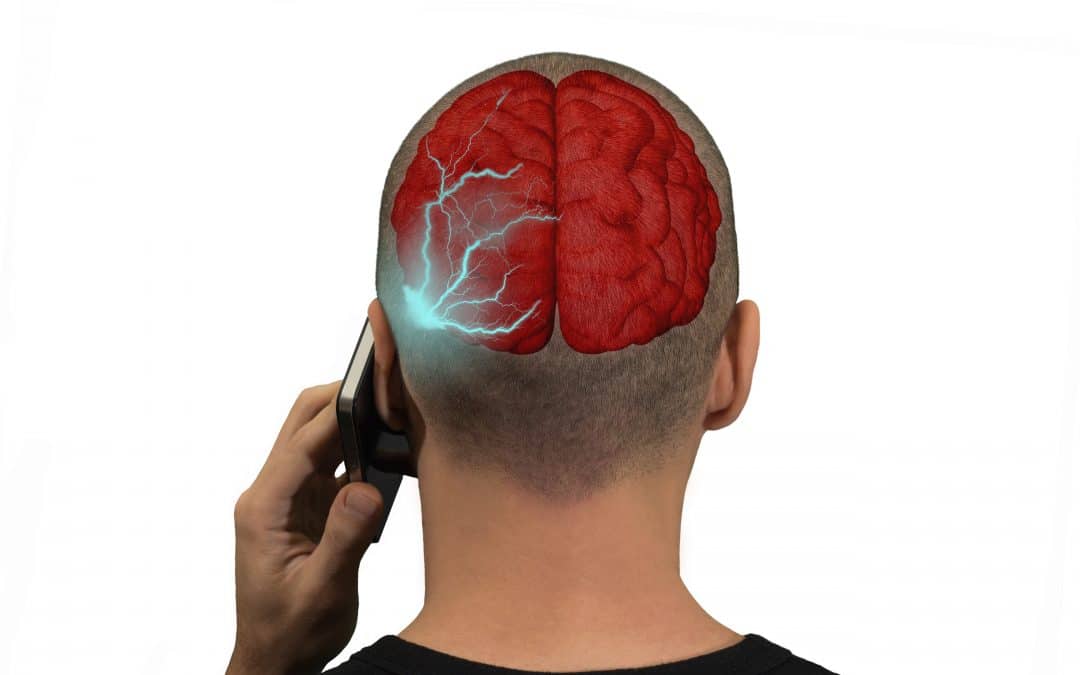 The affects of cell phone radiation on our brain and body

Let’s be honest, the debate on whether WiFi / Cell Phone radiation is not over yet. Although recent studies showed that such radiation may, in fact, contribute to the creation of cancer cells, some studies showed no such effect. The inconclusive status has already moved The World Health Organization (WHO) classifies cell phone radiation as a “possible human carcinogen” due to an increased risk of brain cancer from long-term and heavy use of cell phones.

However, is cancer the only thing we should be concerned about? What about other short and long-term effects that cell phone radiation may have on our brain?

Human brain cells communicate via electrical impulses, which can be detected by non-invasive EEG (Electroencephalography) measurements. A recent mobile phone study by researchers from the Netherlands found that when a dialing mobile phone is placed on the ear, its radiation, although not consciously sensed, is electrically detected by the brain. In the study, 31 healthy females were exposed to a 3G mobile phone for 15 minutes and their EEG activity was measured. Changed brain activity (i.e. cortical reactivity increase) was detected immediately after radiation peaks, which are produced during the phone’s normal dialing process.

The Netherlands study is not the first one to show an EEG change as a result of acute exposure to cell phone radiation. In 2015 a French study showed that the brain EEG pattern (alpha band) is altered by GSM cell phone radiation; a 2013 Italian mobile phone study also demonstrated significant changes in brain activity (i.e. cortical excitability) induced by 45-min exposure to GSM mobile phone, there were also two Australian studies and one from the USA.

In addition, other studies have shown the effect of the cell phone radiation on the blood-brain barrier, the blood-brain barrier (BBB) is formed by brain endothelial cells lining the cerebral microvasculature, and is an important mechanism for protecting the brain from fluctuations in plasma composition, and from circulating agents such as neurotransmitters and xenobiotics capable of disturbing neural function. Such studied have been confirmed in more than one lab and shows the same results: “Taken together, these results demonstrated that exposure to 900 MHz EMF radiation for 28 days can significantly impair spatial memory and damage BBB permeability”

Other research has been carried out by the United States’ National Institute on Drug Abuse. The organization’s director, Dr. Nora Volkow, finds that just 50 minutes of exposure to cell phone radiation in adult males directly alters the production of glucose – the brain’s main fuel.

A five-year-old’s brain, healthy or otherwise, is encased in a thinner skull and contains more fluid than an adult brain. According to studies carried out by industry modelers in Switzerland and France, the bone marrow of a child’s head absorbs 10 times more radiation than that of an adult, while that of infants and toddlers will absorb even more.

the latest study by the Radiation and Nuclear Safety Authority in Finland – the home of mobile phone giant Nokia – has found that one hour of mobile radiation triggered potentially harmful changes in human cells.

The radiation made the cells in blood vessel walls shrink – allowing potentially harmful substances in the blood to ‘leak’ into the brain.

It concluded: ‘Repeated occurrences of these events on a daily basis, over a long period of time, could become a health hazard due to possible accumulation of brain tissue damage.’

So, although there is no obvious conclusion that the cell phone radiation and exposure will cause your brain to develop cancer, it is easy to conclude from all these different sources that there is a good chance that long exposure to such radiation will have a negative effect on the brain.

Such effect can be cognitive or it may even trigger ADHD, and there is the sleeping issue, If you are like the billions of people who sleep with their cell phone next to their bed, this could be causing many problems (imperceptible for the moment) to your health. The radiation that smartphones emit could be really dangerous and not advisable for any reason. This is true at any time of the day, but in the hours when we are sleeping, having our cell phone near us can lead to nightmares, inability to sleep, and waking up several times each night, etc. The reason? It causes an alteration in the system of certain self-regulating processes, such as your biological clock or cardiac rhythms.

In conclusion – better safe than sorry

To conclude, there is enough evidence that clearly shows us that we must do what we can to reduce our exposure, here are some points to help you reduce your exposure: