Top 7 Streaming Series For Your Next Couch Marathon 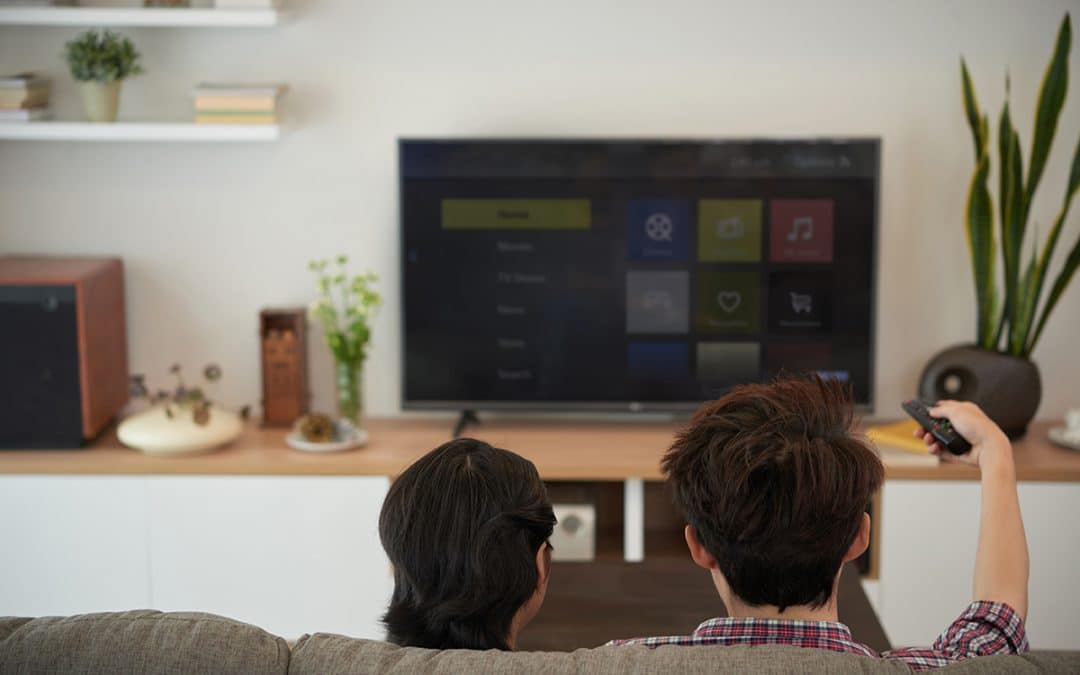 The phrase “Netflix and Chill” has become the anthem of every long weekend and holiday break of the average American. Not just Netflix, other streaming sites like Hulu and Amazon Video have made it so easy to access old and new movies and TV series.

It’s easy to go to their website or download their mobile app and subscribe to a monthly streaming service. It’s also relatively easy to be exposed to harmful electromagnetic frequency radiation while binge-watching on your smart TV, smartphone or tablet. Frequent EMF exposure from binge-watching can potentially lead to eye problems, migraines and sleep problems among others.

In this article we are going to list top seven binge-worthy TV series that you should add to your watch list, and also tell you how you can minimize the radiation exposure while doing so:

Undoubtedly the most popular of all streaming providers, Netflix allows unlimited streaming of TV shows, movies, comedy specials and original programming for a monthly subscription fee of $9. It has a wide selection of quality TV shows and movies. You can create up to five different profiles on a single account to make sure that your favorite content doesn’t mess up recommendations for your friends and loved ones.

It is an original sci-fi horror series set in the fictional town of Hawkins, Indiana in the early-to-mid 1980s. The story revolves around the disappearance of a young boy, which unravels a mysterious government experiments involving supernatural forces and one strange little girl.

Black Mirror is a science fiction drama series that features stories about how humanity’s high-tech near-future can be pose conflicts when innovations and dark instincts collide. The show encourages viewers to be critical and not blindly trust the ease and convenience of modern technology.

House of Cards is the story of Frank Underwood, a Democrat from South Carolina’s 5th congressional district and House Majority Whip. After being passed over for appointment as Secretary of State, he initiates an elaborate plan to get himself into a position of greater power, aided by his wife, Claire Underwood. The series focuses mostly on themes of ruthless political pursuit, manipulation and power.

Hulu provides access to most shows from major networks and a handful of cable shows the day after they air. It also lets subscribers access a show’s current season — or often all of the program’s seasons. It also has a number of original shows (including joint ventures with the BBC, like The Wrong Mans and season 4 of The Thick of It), a selection of offbeat movies and a surprising amount of classic anime series. A paid subscription will still give you commercials, but far fewer than if you watched the same shows on cable.

The Handmaid’s Tale is an adaptation of Margaret Atwood’s novel of the same name. It highlights the story of Offred, a handmaiden tasked to bear children for the leaders of the totalitarian state of Gilead. Offred (played by Elisabeth Moss), is forced to have ritualized sex with Commander Fred Waterford (played by Joseph Fiennes) to provide him and his wife with a child.

This Hulu original series tells the story of Sam Pinkett, an unassuming office worker from Berkshire County Council, who witnesses an accident one night that ultimately leads to a case of mistaken identity. He becomes wrapped up in a comedy of errors that turns dangerous for the two friends and their families. It is a high quality adventure filled with action, dark humor, and intrigue.

Like Netflix, Amazon Prime Instant Video houses an extensive buffet of movies, television and original programming. Thanks to a deal with Viacom — which controls Comedy Central, MTV and Nickelodeon — Amazon Prime arguably has a better selection of comedy and children’s programming than its competitors. The service also offers unlimited access to an extensive collection from HBO’s back catalog of classics such as The Sopranos and The Wire. The separate Amazon Video provides easy access to current movies, but it’s an à la carte service.

The Man In The High Castle

The Man in the High Castle is set in an alternative, dystopian world where Germany won World War II. Basically, the East Coast is occupied by the Germans, and the West Coast is occupied by the Japanese, and there’s a no-man’s land in between. It is loosely based on Phillip K. Dick’s 1962 novel of the same name, with some resemblance to Philip Roth’s The Plot Against America.

Mr. Robot follows Elliot, a hacker with acute social anxiety disorder who suffers from delusions and paranoia. During the day, he works as a computer programmer for a company that protects other companies from cyberthreats. Elliot has other designs in mind, too, namely taking down one of the biggest corporations in America, E Corp, unsettling America’s financial system, and taking power away from the rich and giving it back to the people.

REDUCE YOUR RADIATION EXPOSURE WHILE BINGE-WATCHING

Staying in and binge-watching shows is the new way of life for most people. Just make sure you protect yourself from constant exposure to electromagnetic frequency radiation from your smart TV, smartphone, and tablet.

Smart TVs need a Wi-Fi connection before you can stream your favorite series. In doing so, smart TVs become an EMF hazard, similar to any electronic equipment that connects to a network. Avoid radiation exposure by using a cable for internet connection instead of connecting to the Wi-Fi router.

With newer TVs, EMF radiation is at its strongest within one or two feet in front of the screen. Make sure you position your couch at a safe distance from your smart TV.

Tablets are designed to connect via three main sources–WiFi, Bluetooth, and cellular connections. Tablets are also specifically to be compact and function using touch screens, which means EMF exposure is basically guaranteed.

When you watch shows on your tablet, be sure to use an anti-radiation tablet case to create to protect yourself from health risks that come with EMF exposure.

Whenever the subject of EMF radiation exposure is raised, it’s almost inevitable that your smartphone is identified as the culprit. Smartphones are known to emit radiation–and because it hardly ever leaves our side, it inevitably raises our risk of exposure.

Protect yourself while using your smartphone by getting an anti-EMF case, which minimizes your exposure to harmful EMF radiation.

At Vest we offer products that help block these harmful radiation and allow you to enjoy your favorite series without the fear of putting your health at risk.